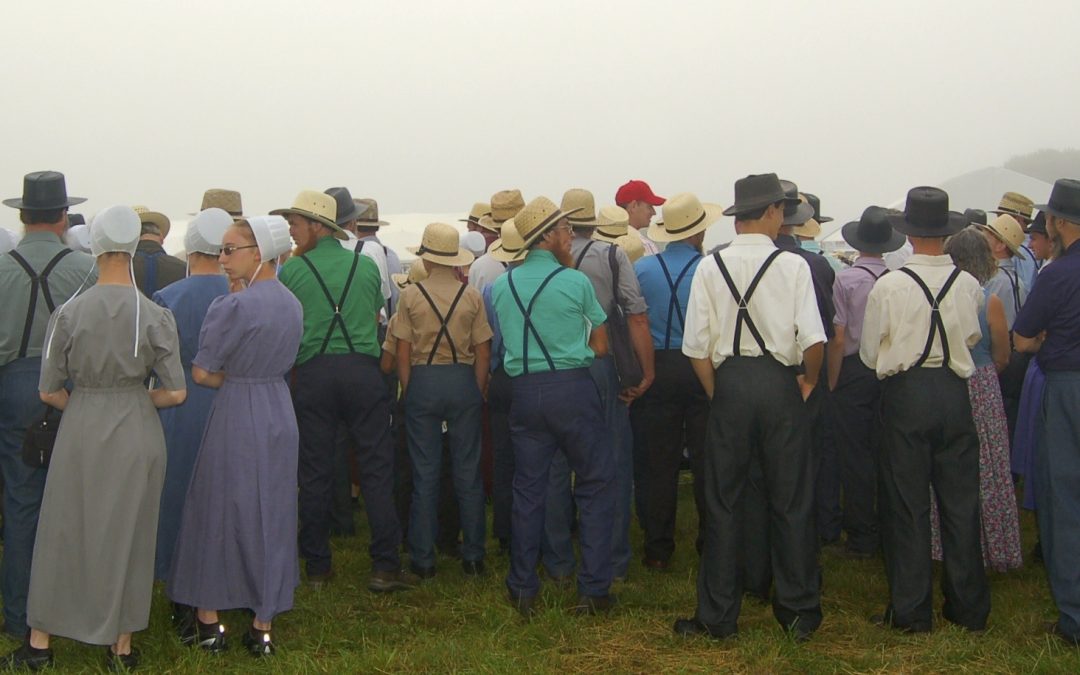 Throughout this site and in our work, the term “Amish” is synonymous with what some outsiders call “Old Order” Amish, which are the traditional Amish who prohibit electricity, cameras, and cars, among other things. “Old Order” Amish is what the general public understands as simply “Amish”––or most often thinks of when they hear or see things about the Amish.

This “Old Order” label is not used by us in our language; neither did we invent that label.

We refer to and identify ourselves as “Amish” but the label––invented by others––is used by English speakers (to define us as separate from groups who spun off from the Amish but who include the word “Amish” as part of their group’s identity) and spin-off groups who want to define themselves as separate from us traditional Amish.

It’s important to understand that the traditional (“Old Order”) Amish Church does not allow us children to go to school beyond the 8th grade and that the education we do receive is very rudimentary and restricted (e.g., we’re not allowed to learn about subjects such as science). Most of us (99%?) attend one-room schoolhouses taught by Amish teachers who themselves haven’t received an education beyond the Amish 8th grade.

We traditional Amish also do not speak English fluently. It’s our second language, and we’re generally not allowed to communicate in English among ourselves. I.e., English is to be spoken only in school (to learn the language), when communicating with non-Amish speakers, and when communicating via writing (Amish as a language is traditionally only spoken, not written, and we do not communicate fluently in English).

NOTE: To make things even more confusing, there are groups within the traditional Amish who identify themselves as “[adjective]” Amish. E.g., Swartzentruber Amish and Swiss Amish. However, they are not more modern or liberal than traditional Amish. The Swartzentruber Amish are even stricter. And to add yet another level of confusion, there are all sorts of variations within the traditional Amish, ranging from very strict to relatively modern. The Amish don’t have a central governing authority that makes the rules uniform for every church, settlement, or community. However, within the range of variations or different rules, all traditional Amish prohibit electricity, cameras, cars, and an education beyond the 8th grade (restricted to a curriculum that prohibits science, sex education, and other subjects that are deemed against the religion).