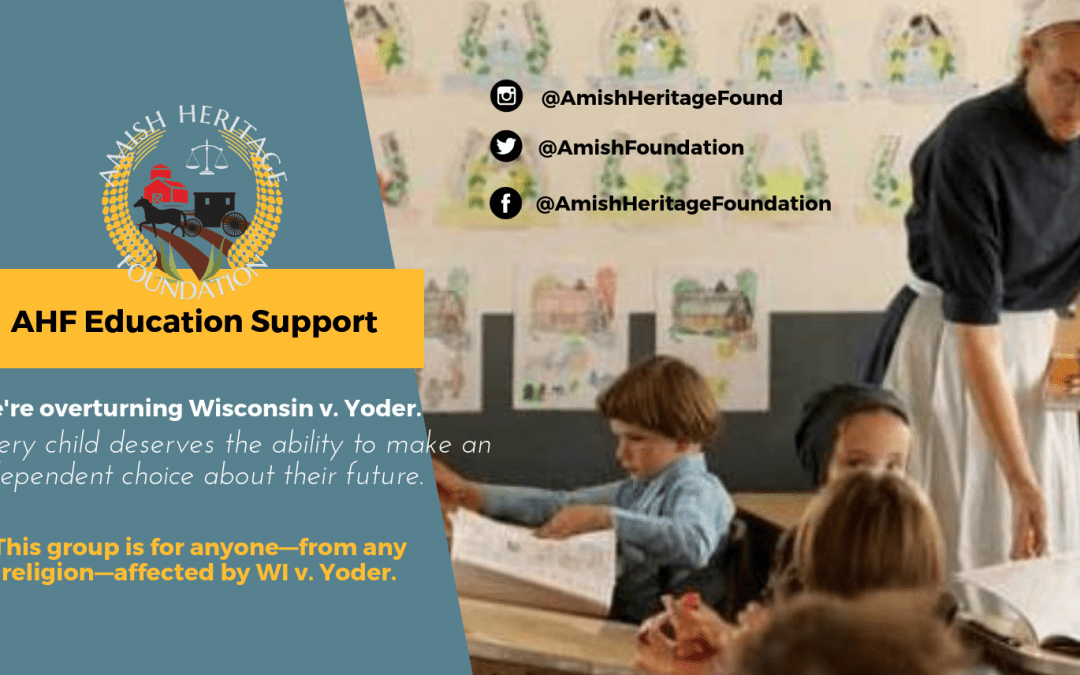 [Overturning WI v. Yoder] So many people freak out when I talk about overturning Yoder. LESSON OF THE YEAR: Yoder was NOT a landmark victory for religious freedom. Religious freedom existed before. Religions (Catholic, Protestant, etc.) had their own schools before.

What WI v. Yoder actually was is this: a landmark victory for *extreme* religious freedom, which e.g., allows children to be sexually abused, with no consequences to the predators/criminals, in the name of religious freedom.

I am a child who suffered those consequences–and I’ll suffer from PTSD for the rest of my life (sexual abuse is a crime that can never be undone: we will never not suffer from it as long as we’re alive). I’m a repeat rape survivor and sexual assault runs rampant within the Amish Church. This is not violence/crime I’m making up. You don’t hear about it because Yoder has resulted in giving the Amish autonomy from the law. Because you don’t hear about it, you don’t believe, or don’t want to believe, the facts of reality.

Overturning WI v. Yoder is an issue of abuse in the name of religion. E.g., It is NEVER ethical/moral to allow a child to be sexually abused. When an outsider sees, knows, or hears that this is happening, it is the ethical/moral and even legal responsibility in some states/cases to report that abuse. THIS is what we’re addressing when we’re working on overturning WI v. Yoder. The rights of a religion should never outweigh the right of a living breathing human child to be safe.