This Devastating Lawsuit Destroys Your Right to Learn 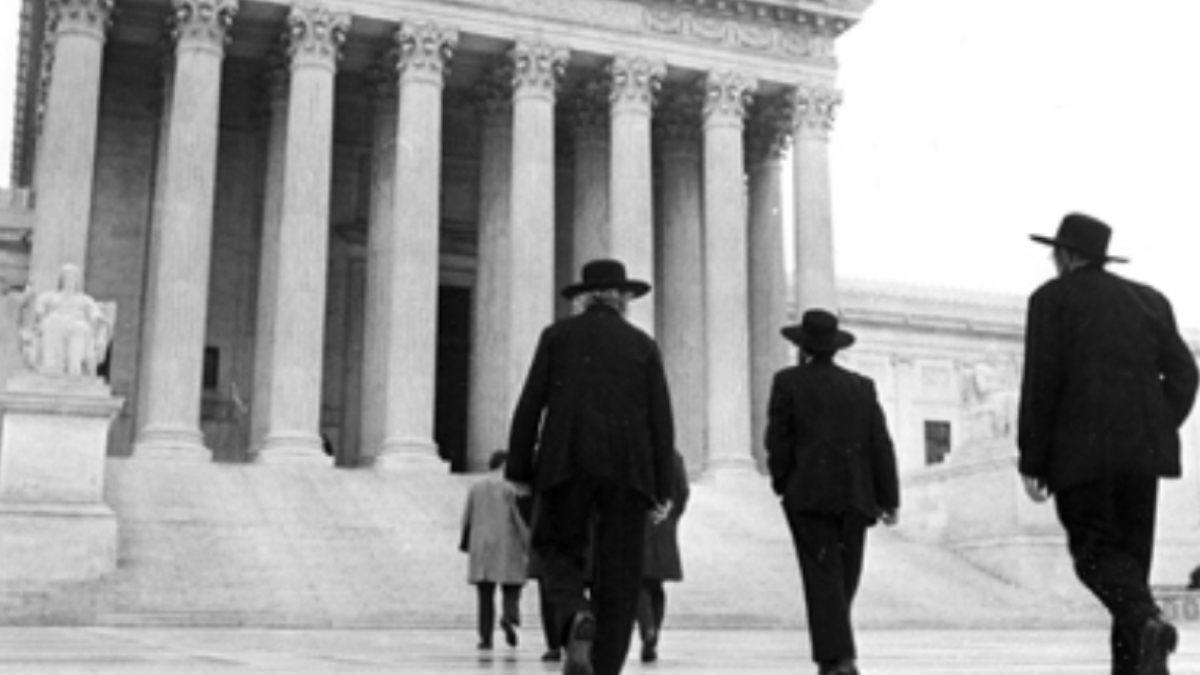 When I was fifteen years old, I was forced to escape in the middle of the night in order to flee a childhood of abuse and go to school beyond the Amish eighth grade. The Amish religion, an insular fundamentalist form of Christian Protestantism that falls under the Anabaptist umbrella, forbids their members from acquiring an education that would ease the transition away from the Church and into mainstream society. Educational deprivation is in the best interest of the Amish institution: it is its most effective tool to keep children from questioning and challenging the authority of over three hundred years’ worth of male-only leadership.

In Wisconsin v. Yoder, the US Supreme Court ruled that the Amish religion’s rights outweigh my individual rights to religious freedom, equal protection, and an adequate education. This ruling not only violates children’s constitutional rights, but it enables and fosters a gamut of child abuse. Sexual assault runs rampant within the Amish, children and women don’t know that they have rights as American citizens, and most individuals who make the leap to the outside suffer greatly due to a lack of culturally competent support.

After graduating from Columbia University, I founded The Amish Heritage Foundation to address these crises, with the hope that a time will come when losing the only world one has ever known isn’t the price to pay for safety and freedom.

The Amish Revolution that Led to Wisconsin v. Yoder

I was born traditional Amish1 in, at the time, a mostly farming community in Buchanan County, Iowa. From birth to age three, I lived on my maternal grandparents’ farm in the Doddy haus, the small house attached to the big farmhouse. At eleven years old, I consciously realized that practicing the Amish religion wasn’t for me. For four years I tried to figure out a way to escape from my abusive parents and the only world I knew, and how to provide for myself before I turned eighteen.2 I craved learning and I wanted to go to high school. None of my dreams were compatible with the Church’s rules, such as going to school beyond the Amish eighth grade, driving a car, and travelling around the world. These visions of a happier future were a coping mechanism to make it through an oppressive childhood.

I’m sometimes asked what the defining moment was—the moment I realized at age eleven that I needed to escape. That knowing crystalized when I asked my father to explain how airplanes could fly in the air. “Don’t ask dumb questions.” One corner of my father’s lip curled up. He glared at me and I knew never to ask that question again. I also knew that he didn’t know the answer. If he had, he would’ve told me. In that moment I realized that something was very wrong with a religion that made it a sin for a child to learn how planes flew.

To prepare myself for my escape, I started to read the local daily newspaper, which was my only source of information about the outside. One day the paper ran a front page story about a boy who became emancipated.3 The article explained that a sixteen-year-old could be given the rights of an eighteen-year-old if they were abused by their parents. The list of different forms of abuse included educational deprivation. Ah! I thought, That’s how I can leave and go to high school before I turn eighteen. They’ll have to emancipate me when I tell them about Wisconsin v. Yoder.4 Throughout my childhood, I endured a range of abuse—physical, verbal, emotional, psychological, religious, and sexual—from my parents and other members in the community, but I felt that expressing the desire to go to school would be the path of least resistance toward obtaining my freedom. (Even in 2020, emancipation isn’t a provision for all states; in Ohio, currently the state with the largest Amish population, there’s no legal process by which a minor may petition the court to become emancipated.)

Not every Amish child is aware of the 1972 Supreme Court case Wisconsin v. Yoder, but I grew up hearing stories about it because the protests against state education laws started in the community I was born in. One or both of my parents and a number of aunts and uncles on both sides of the family were pupils when the 1965 “Amish revolution” made national headlines. I’ll come back to the details of this story in a bit. In the meantime, these protests led to Yoder.5

Yoder is what allowed the Amish to send their children to Amish-only schools, for only eight years, with an Amish-approved curriculum, taught by Amish teachers with no education beyond the eighth grade. It’s ironic that both my prohibition to learn and my freedom to learn came about because of Yoder. After my escape, one of my uncles who’d left the Amish got me an attorney who put me in front of a judge as soon as I turned sixteen. The judge ruled in my favor, citing Yoder as evidence that I was educationally deprived. It shouldn’t have been legal to emancipate me because Yoder agrees with the Church that, simply by virtue of my having been born inside the Amish Church, my only future is to remain an Amish housewife inside the Church. In the eyes of the federal government, as a child born Amish, I don’t have the right to any other future. I shouldn’t be sharing my story with you, wearing non-Amish clothes, having an Ivy League degree––or any degree––and living a life forbidden by the Amish religion and by the federal courts. The right to life, liberty, and the pursuit of happiness is explicitly denied to the entire population of Amish children post-1972. This is among the many reasons that Yoder needs to be overturned.

Yoder was and still is hailed as a landmark victory for religious freedom, but it was wrongly decided. It violates children’s human and constitutional rights, and furthermore, it enables and fosters child abuse, not only among the Amish but also among all other religious groups that use Yoder as a precedent for exemptions in the name of religious freedom. Yoder was instead, according to attorney and professor Marci Hamilton at the University of Pennsylvania, a landmark victory for extreme religious freedom and it remains an anomaly in the history of the Supreme Court.6 A special exemption was intended only for the Amish, but consequently that exemption affects all children in the us and on indigenous lands. Anyone can claim religious freedom as a reason for depriving a child from learning how to read.

But even claiming religious freedom isn’t a necessity to prevent a child from going to school, because the federal courts don’t hold that any citizen has a right to any education at all. Few Americans are aware of that. Today, several organizations are making the argument that citizens have an implicit federal right to an adequate education under the constitution, and that that right should be made explicit. If they were to succeed, such an explicit federal right would be meaningless as long as Yoder remains standing.

Over the course of the ten years prior to Yoder, my Iowa community protested the public school system’s attempt to transition Amish children out of rural one-room schools and into the consolidated local Independent School District.7 The ongoing battles between the Amish and the Iowa Department of Education8 came to a head in 1965 when what’s now an iconic photo made national news. The photo depicted Amish children fleeing to the cornfields to avoid being forced on to a school bus. One of the children in that photo is . . .

Public school officials in Oelwein, Iowa had sent the bus to an Amish-only school, Hickory Grove, expecting to pick up all the children and deliver them to the consolidated school. Having been notified about this plan by the school administrators the day before, some Amish parents stood waiting at Hickory Grove that morning. When the bus arrived and the officials tried to load the children up, one of the parents screamed, “Schpring! Schpring zu de velschken feldt! (“Run! Run to the cornfields!”) A photographer who’d accompanied the delegation that day snapped the photo that later went viral.

Outrage erupted from all parts of the us by those sympathetic to the Amish. That national outcry worked in the Amish’s favor. Local and state officials deemed the controversy a public relations nightmare and subsequently let the Amish Church educate their children without state-certified teachers.10 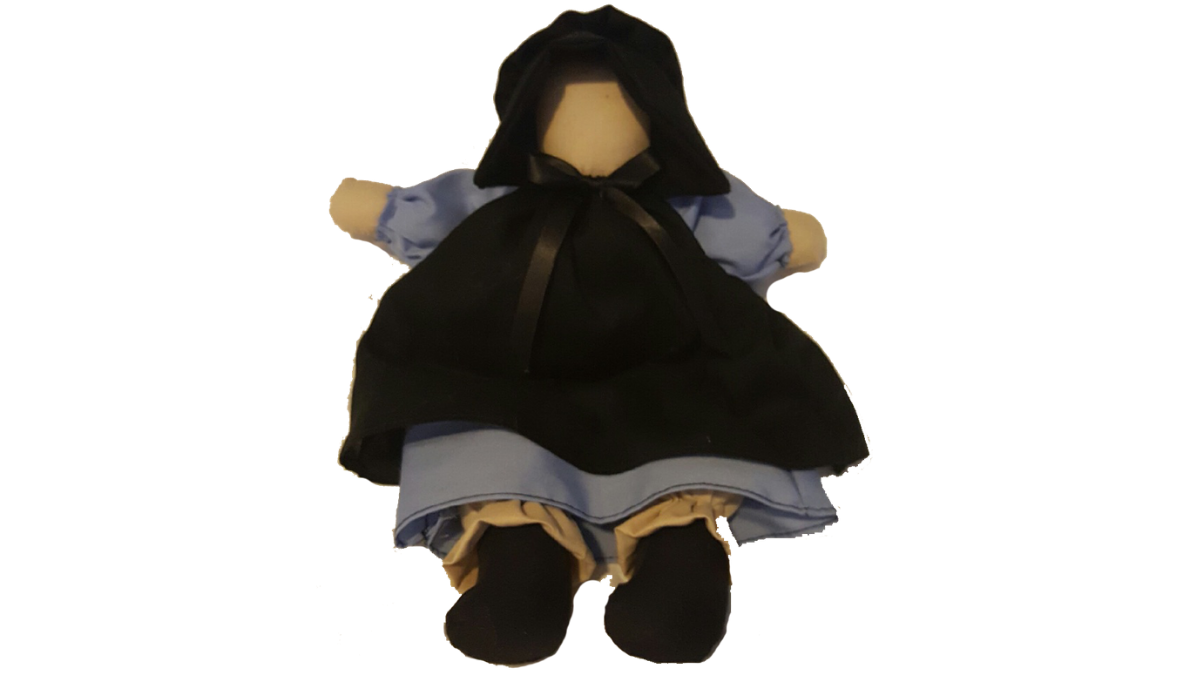 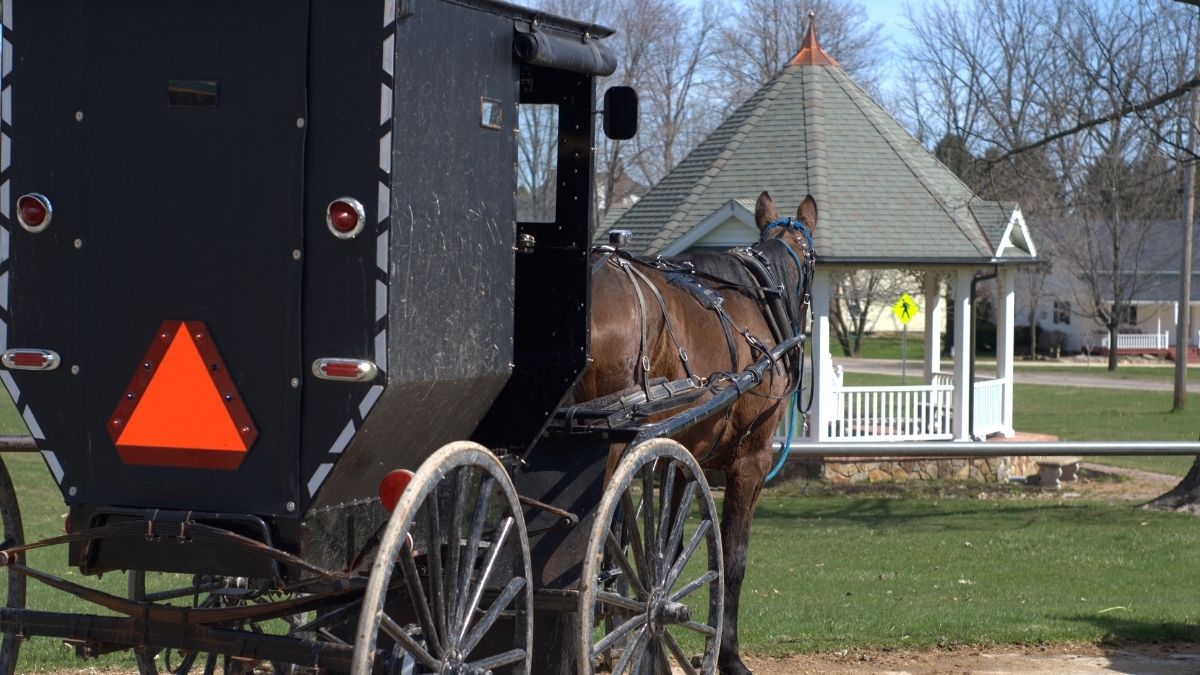 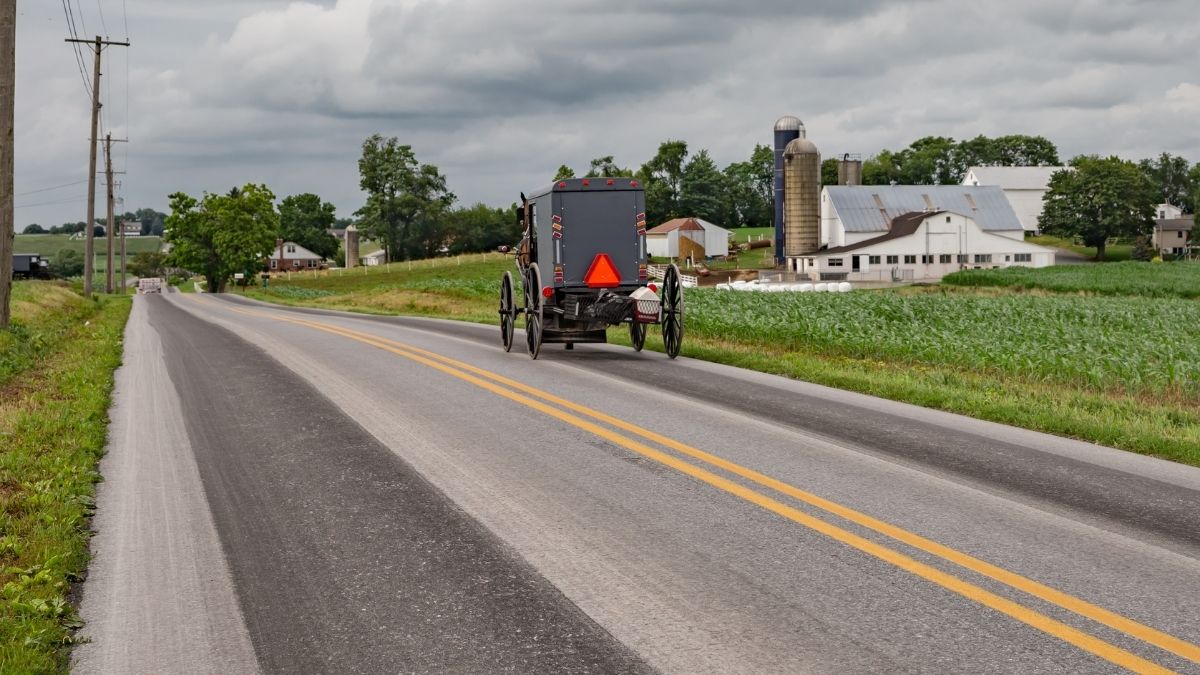 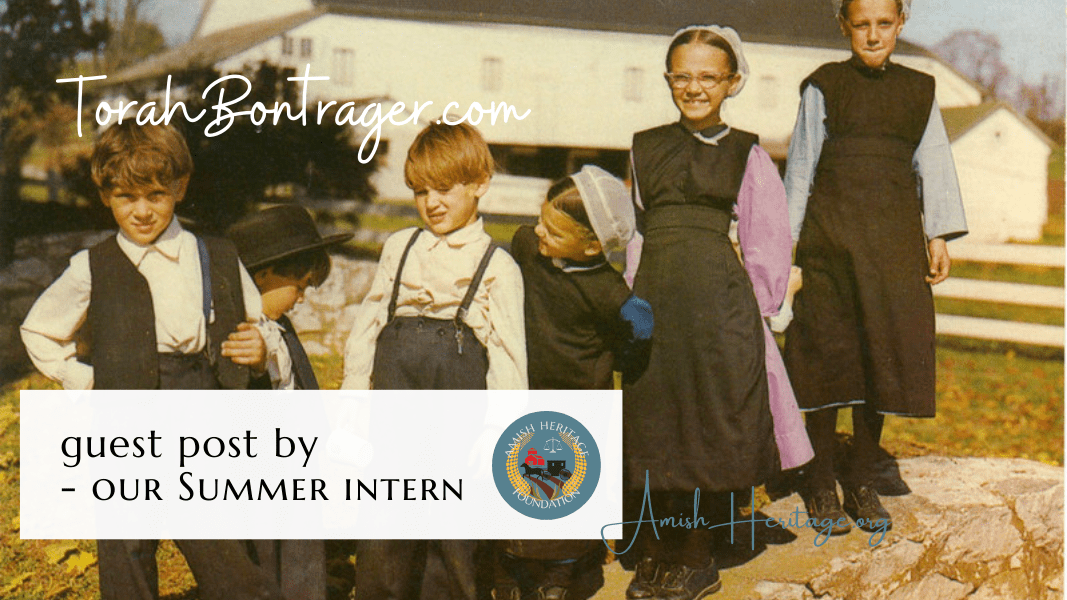